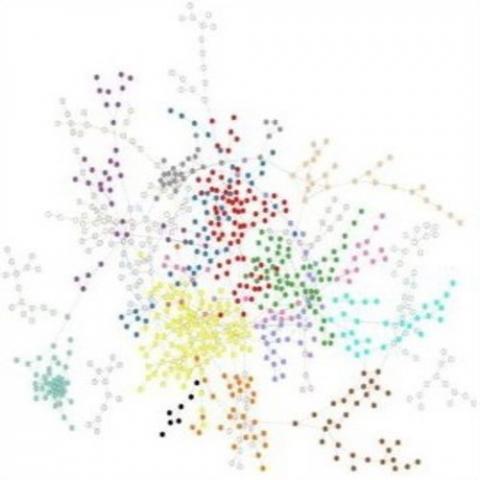 Neisseria gonorrhoeae is a Gram-negative diplococcus that is responsible for the sexually transmitted infection gonorrhea, a high morbidity disease in the United States and worldwide.

Over the last several years N. gonorrhoeae strains resistant to antibiotics used to treat this infection have begun to emerge across the globe. Thus, new treatment strategies are needed to combat this organism. Here, we utilized N. gonorrhoeae transcriptomic data sets, including those obtained from natural infection of the human genital tract, to infer the first global gene co-expression network of this pathogen. Interrogation of this network revealed genes central to the network that are likely critical for gonococcal growth, metabolism and virulence, including genes encoding hypothetical proteins expressed during mucosal infection.

In addition, network analysis revealed overlap in the response of N. gonorrhoeae to incubation with neutrophils and exposure to hydrogen peroxide stress in vitro. Network analysis also identified new targets of the gonococcal global regulatory protein Fur while examination of the network neighborhood of genes allowed us to assign putative categories to several proteins. Collectively, characterization of the first gene co-expression network for N. gonorrhoeae described here has revealed new regulatory pathways, new categories for proteins and shown how processes important to gonococcal infection in both men and women are linked to each other. This information fills a critical gap in our understanding of virulence strategies of this obligate human pathogen and will aid in the development of new treatment strategies for gonorrhea.